A gift to the Russians

The concept of "gift"

The concept of "gift" appeared when a person was just learning to be a person. Building relationships with his own kind, he discovered the meaning of kindness, cordiality, felt gratitude for someone else's care and responsiveness. The way to express these feelings was a gift. In the Eastern Slavic language, this word also has a twin brother – "hotel", from the word "guest". This means that according to custom, a person entered the house with a gift, and they were ready to give him away in this house.

A gift in fairy tales and myths of Russia

The well-known formula “your gift is not dear to me, your love is dear” is more about the strength of the feeling than about the attitude towards the gift. He is just valued in the popular mind unusually expensive. It is no coincidence that in fairy tales, the hero does not find and obtain most of the wonderful objects for his feat, but receives them as a gift: a ball that shows the way, a wish-fulfilling ring, etc. Such things are never taken by force, they are not taken away. They become a reward for cordiality, responsiveness, diligence. Goodwill binds the giver and the giver. A gift in fairy tales does not know the current confrontation between the spiritual and the material. The people do not think of it otherwise than as an object with a clearly marked utilitarian purpose. "Dear" love finds expression necessarily in the "expensive" gift. Expensive not in monetary terms, but in its material usefulness (self-collected tablecloth, bag with a magic club, etc.). But at the same time, the gift in the people's mind is higher than the goods. It cannot be bought, it cannot be valued either in money or in gold. “This canvas, tsar-father, has no price! I brought it to you as a gift!” The combination of "benefit" and "love" is a characteristic feature of a folk gift.

Among the ancient peoples, the gift had magical powers. A thing given from a pure heart brought good luck. And it could do harm if there was a secret hostility behind it. Numerous fairy-tale collisions emphasize that memory is the knot by which a gift binds the giver and the recipient. An invisible mysterious connection is established between them. Blood appears on a donated knife, it rusts when its owner gets into trouble across the sea, and then a friend or brother rushes to the rescue. According to the gift ring, the groom recognizes his bride, the wife recognizes her husband. Why remember fairy tales? Do we, when making an inscription in a book, album or photograph, do not begin it with the words: “for good memory”?

Since ancient times, a gift has been inextricably linked with customs – it is included in the ritual along with song, dance, arts and crafts. The Christmas custom of caroling and generous offerings to carolers had a double meaning. On the one hand, people seemed to be talking about reality, presenting it as more well-fed, richer than it really is. On the other hand, they expressed the belief that a prosperous life is associated not only with abundance on the table and in cellars, but also with obligatory generosity, a willingness to share and give gifts to others. On Shrove Tuesday, patterned gingerbread was given with inscriptions: “whom I love, I give”, “from a sweetheart, a gift is more expensive than gold”, “honor the rank of rank, but do not forget the gift.” By the meeting of spring, for the "forty martyrs", the "larks" were preparing. Intricate old women bake them with special frills: they gild the whole bird with gold leaf, smear the head with honey and send them to relatives, to children's gifts. The custom of exchanging colored eggs for Easter is still alive. So, in the minds of the people, the song-dance "cunning decorations" and gifts were inseparable in the perception of fun, joy, and celebration.

Another significant place for a gift in non-calendar, family celebrations. A man was born – and acquaintances, neighbors, relatives hurried with gifts. The mother was sent grain, flour, a piece of printed chintz or linen, a shirt, a cap for the baby. As soon as the girl learned to hold a needle in her hands, she began to prepare for the wedding: sewing and embroidering gifts for the still unfamiliar groom, father-in-law, mother-in-law. And when the time came for the matchmaking, the bride came to the aid of her friends – so many things had to be prepared. In some places, the next day after the handshaking, the groom sent his bride his shirt and trousers, so that she could sew the same for him with her own hands. The groom's gifts were purchased and first of all characterized his generosity: chests with ribbons, needles, threads, shoes, earrings, buckles, rouge, whitewash, etc. Parents and relatives presented the young with dishes, linen, grain bread, cattle, poultry. Friends gave small things: ribbons, threads, scarves. The sentences of the matchmaker are known: “Drink a glass, bestow young people with a ruble or a half, or a golden hryvnia, and if your honor, then six rubles, and a pig for an ear, a cow for a head.” All wedding participants also received gifts from the bride's needlework, sweets, and money.

When in connection with gifts it comes to the state, it is already more difficult to figure out where is the gift and where is the tribute, where is the gift, and where is the “feeding” or bribe, where is the sincere offering, and where is the extortion. Reciprocal gratitude also sometimes takes unexpected forms. The chronicle tells how in 1474 the Grand Duke was furious with the Pskov ambassadors "and did not order them to be seen in his eyes" because their gifts turned out to be "easy". It happened that the donors pursued unusual goals. The Byzantines, for example, planned in this way to find out the character of Svyatoslav. First, gold and precious fabrics were placed before him. Without even looking at the gifts, he ordered them to be removed. Then a weapon was placed in front of him. He, accept, began to praise and love and kiss the tsar … And the boyars said: “This man wants to be fierce, as if he doesn’t care about property, but he takes weapons.” Gifts to foreign rulers and their ambassadors served as a sensitive barometer of diplomatic relations. Such a gift was called "commemoration". Horses, weapons, gold, silver, expensive fabric, sables could serve as commemoration. Their offering took place strictly according to the ritual, which each time was recorded in all details in the order to the ambassadors: first, to convey a bow from the Grand Duke, then, “after sitting a little, wake up and say a commemoration …” And only after that, submit credentials. The sovereigns strictly ensured that their subordinates did not communicate with anyone other than their sovereign's will and did not accept any gifts from the outside. They themselves gave faithful servants, and in these cases it was difficult to draw a line between a gift and a reward. In ancient Russia there was no system of orders, and fur coats from his shoulder, golden bowls, silver goblets, etc., granted by the ruler, performed award functions. In the descriptions of these items that have come down to us, the main emphasis has always been on how much precious metals, stones, and expensive furs went into their manufacture. The weight of the object was never missed, but almost nowhere is there a word about the "cunning" work of the master. Starting from Ivan III and until the beginning of the 18th century, the Grand Dukes and Tsars minted special "gold" coins. They were rewarded for participating in military campaigns, and when they were appointed to the kingdom, they showered the new king with them and threw them into the crowd. Thus, the "golden" were at the same time the sovereign's award, and his gift, and the memory of the largest events in the country.

Gift under Peter I

The eighteenth century brought numerous changes to Russian life. Having broken the old state institutions, Peter I also violated the former system of royal gifts. Signs of his favor and gifts fell on the people whom fate confronted him, no less generously than the stick blows and other signs of his anger. A gold medal knocked out in honor of the victory, a silver ruble for numerous royal godchildren from a simple rank, snuff boxes – these items did not have such utilitarian value as, for example, a fur coat from the royal shoulder, but the value of the gift as a sign of location was incredibly great.

Changes in private life have led to the emergence of many new situations. The desire to express in a gift one's kind attitude towards another person remained, but now it was no longer so strictly regulated and allowed, in modern terms, a creative approach. “The passion of love,” wrote Prince M. M. Shcherbatov, “before that, almost unknown in rude morals, began to take possession of sensitive hearts.” The gentleman now required a gallant treatment of the lady, the ability to court and compliment. And be sure to give gifts. The handwritten “The Story of Alexander, the Russian Nobleman” depicts an ideal picture of the relationship between lovers: the hero gives the chosen one a “pillar of loyalty” – a ring given to him by his parents. The beloved endows him with a "sign of love" – "gold cord knot", explaining the symbolic meaning of this gift: "only death will untie me."

A gift in everyday life is gradually losing its close connection with the ceremony. Everything becomes an object of donation: from a village of several thousand souls of peasants to a lock of hair. The most common gifts were women's needlework, rings and rings, miniature portraits that could be worn as a medallion. The closer to our time, the more the gift is valued not for its material value, but for the memory, attention, memories with which it is associated. That same formula – "I don't care about your gift, your love is dear" – more and more accurately expresses the essence of the relationship that connects the giver and the recipient. 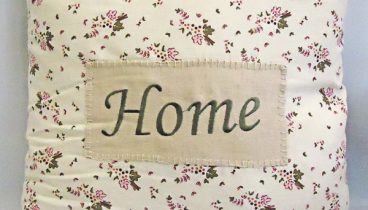 Provence style decor can be a wonderful gift for women who love to create comfort in the house. Also, nice Provence-style gizmos can be a great gift for work colleagues, a gift for loved ones and friends. Provence style is associated not only with the French countryside, but also with the warm sea, the bright sun, the smell of flowers, and especially lavender. 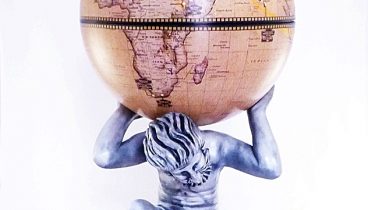 Buying globe bars as a gift for a friend or for yourself is a great idea, because it is an original and useful accessory. It will come in handy both for fans of alcoholic beverages and for people who want to diversify their interior. Globe bars come in different styles and therefore look very impressive in any interior. 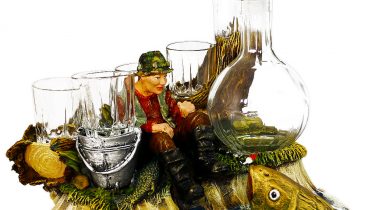 Often we are faced with the fact that we do not know what to give a man. Shtof is just…