What is a gift?

Oddly enough, the most complete system of ideas about gifts and giving can be found not in the works of sociologists, culturologists, psychologists devoted to modern society, but in the materials of ethnographic studies of archaic societies of Polynesia, Scandinavia, Northwest America, Melanesia, Papua, Chukchi, Eskimos , Koryakov, etc. The fundamental work of this kind is "An Essay on the Gift" by the French scientist Marcel Mauss.

Decoding and analysis of ancient texts, the study of customs that have survived to our times show that in most primitive societies, donation was practically the main form of social relations between clans, tribes, families and individuals. At the same time, in relation to donation, there was a system of well-defined, fairly strictly enforced rules and traditions. They are so simple, clear and specific that they do not require comments. Giving gifts, accepting gifts, making return gifts are equally important duties that must be strictly observed.

In the exchange of gifts, both movable and immovable property, as well as signs of attention, services, invitations to participate in feasts, ceremonies, rituals, games, dances, and festivities participate on an equal basis.

The volume and solemnity of giving a gift is the main form of rivalry between leaders, clans, and clans. The greatness of the leader, the degree of his power over others, is determined by the number of gifts made by him.

The purpose of giving a gift is to create friendship. Everyone tries to outdo each other in generosity. At any moment that goes beyond the scope of everyday life, it is necessary to invite friends, share with them the fruits of successful hunting or gathering. Refusal to give or accept a gift, refusal to invite or take part in a meal or ritual in a situation where custom requires it, is tantamount to a declaration of war, a refusal of an alliance.

A return gift is made voluntarily after some time has passed. Voluntariness, however, is rather conditional. Failure to comply with this custom leads to very serious consequences – from public condemnation to loss of power and even to enslavement. Refusal of a counter gift is equated to theft, leads to loss of honor, "loss of face". The return gift must be more valuable than the one received. The one who accepts a thing as a gift, in a certain sense, recognizes himself as "sold" until he can make a return gift. If someone fails to make a worthy return gift in a timely manner, they can make a small "intermediate" gift, thereby reassuring the giver and entitlement to some delay.

Since gifts are an important part of a long-term relationship, they are made in public, in a solemn form (public memory of this event compensates for the lack of written evidence). Gifts, givers and recipients should be considered in relation, scrupulously, so that there is no mistake in the way gifts are given or received. Everything is subject to an etiquette other than selling. Gifts that are too generous are seen as an insult.

All things are divided into items of everyday consumption, subject to a simple section, and family heirlooms (talismans, copper emblems, blankets), which are used as gifts. A gift is something that should please the recipient. But a gift always bears a certain imprint, a mark of the owner. The gift is not inert. He saves something from the giver. By giving a gift, the giver acquires a certain power over the recipient. It is dangerous not to return a gift in one form or another, not only because it is not allowed, but also because the things received have religious and magical power over you, which you need to get rid of. Communication through things is a connection of souls, since the thing itself has a soul, comes from the soul. It follows from this that to give something to someone is to give something from your "I". The idea that things retain something from their owners is expressed, for example, in the customs that have survived in France to hit a sold thing, to whip a sold ram in order to “tear” a thing from its former owner.

There are five motives for a gift: duty, profit, fear, love, pity. To atone for a ritual error, it is necessary to arrange a celebration, or at least make a gift. Gifts cement marriage, form a relationship between two pairs of parents (further, these two groups of relatives do not meet and do not talk to each other, but continuously exchange gifts).

The law of hospitality implies an obligatory invitation to a meal, which the guest must neither reject nor seek. The food must be prepared especially for the guest. Before leaving, the guest must receive a gift. The ceremony of meeting after a long separation involves the exchange of gifts. The gifts of departure always outweigh the gifts of arrival.

“Our holidays are the movement of the needle, helping to connect the parts of small thatched roofs to make only one roof, only one oath” (Polynesia). Wealth is created to be given away. He who aspires to be the richest must also be the most prodigal. The distribution of wealth plays the role of repentance, an expiatory sacrifice to the spirits and the restoration of community with other people. Valuables should be fairly intensively transferred to each other as gifts (“copper grumbles, demands to be given away”).

To be a donor is an honor, he is honored, glorified. The giver is convinced that what is given will be returned, thus the gift enriches both the recipient and the giver. "Take me (the recipient), give me (the giver), by giving me, you will receive me again." The secret of good luck and happiness is to give, not to keep, not to seek good luck, but to distribute it so that it returns to you in this world by itself in the form of a good that you have done in another form. To sacrifice oneself, to acquire only in order to give, is such a law of nature and a source of true profit. Everything said above about gifts is essentially relevant today. 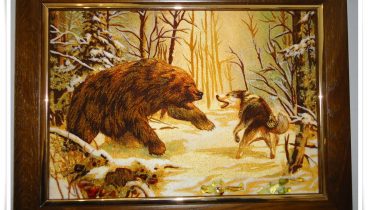 To create a warm and cozy atmosphere at home, to create a feeling of a joyful sunny morning, an amber picture can always help you. And if at least one ray of the sun enters your window, then the whole room will immediately be filled with the gentle golden warmth of amber light. This soft warmth can be seen and felt. 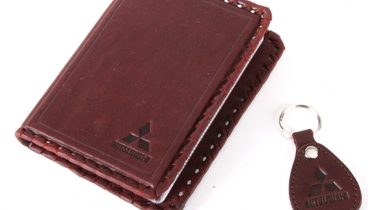 Business gifts. How to make the right choice?

We all had to choose and give business gifts. Business gifts are an important means of maintaining personal relationships and social connections, so the choice of a formal gift should always be taken seriously. A business gift should be personal in nature, but not too personal. 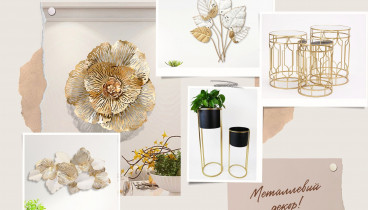